Confused and unable to decide between the HP Envy x360 vs MacBook Air M1?

If you didn’t like either of these laptops or want something better or similar at a similar price point, have a look at these laptops. They’re selling like hotcakes! 🍰 Have a look at least, maybe you’ll like what you see. 😉 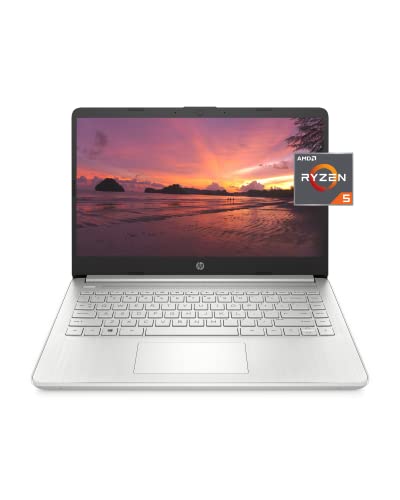 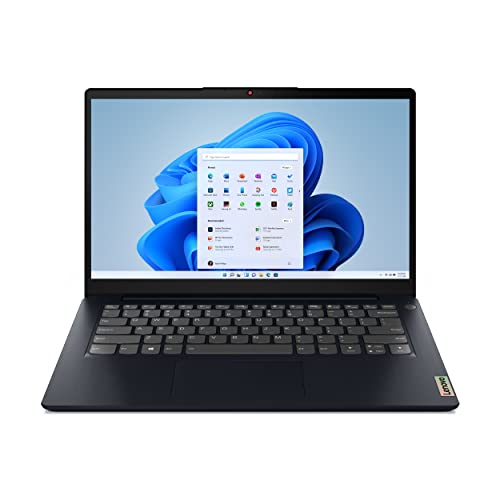 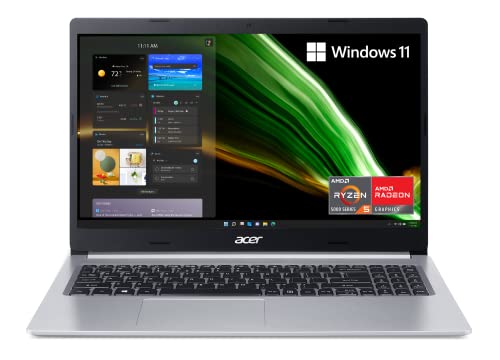 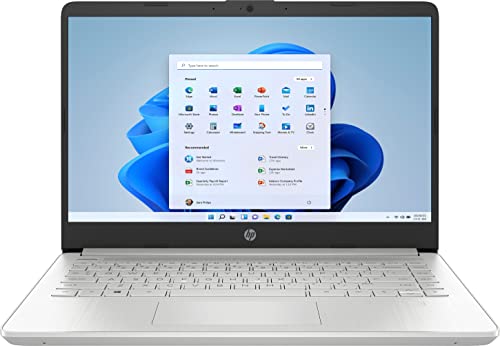 First, I’ll briefly share my experience with the MacBook Air M1, and in the next section, I’ll compare it with the HP Envy x360 and see which one comes on top.

However, if you want to skip everything, you may scroll toward the bottom to read the conclusion.

Winner of this, and many other laptop comparisons.

It’s a beast of a laptop in terms of its performance. You already know how Apple’s M1 processor crushes almost every other processor in the market, at least when it originally came out.

I haven’t noticed anything bad about MacBook Air M1’s performance ever since I got it, roughly back in January 2022.

However, I did notice that it did “hang” a few times when I tried playing Fortnite on it. Maybe that was due to the fact that Epic hasn’t optimized the game for macOS, especially for the arm-based M1 processors.

As for the real-world performance of the MacBook Air M1, you can run 50 Chrome tabs pretty easily. However, you may run short of RAM soon enough, especially if all, or most of your tabs have videos playing.

Honestly, the graphics are OK(ish), I guess?

You can’t play any major games on these graphics for sure, but you can, however, edit videos and stream 4K videos on YouTube. I think it’s not a good choice if you want a gaming laptop, as there’s no dedicated graphics card that can handle gaming.

If Epic optimizes Fortnite, It should be playable on MacBook Air M1 with medium to high settings, hopefully.

To sum up, graphics on MacBook Air M1 aren’t anything to ride home about. They are decent for built-in graphics, but can’t compete with a dedicated GPU that lets you play games.

Don’t get MacBook Air M1 for gaming. It sucks for gaming! I almost regret my decision of buying it because I can’t play games. I knew that I wouldn’t be able to, but imagine if you could play games on it…

I mostly hated MacBook Air M1’s display. It’s tiny! I almost can’t do any real work on it, unless I plug in my 24-inch HP monitor I recently bought. (It’s great, btw!)

If you don’t hate tiny screens, you probably won’t have any major issues with MacBook Air M1’s display. But, for me, I couldn’t use it without it getting over my nerves!

Its performance doesn’t let me sell it, otherwise, I don’t like its display. The colors are great, as you already know if you want to know about its color accuracy.

Speaking of the display, its built-in microphone is decent as well, at least when we compare it to Windows-based laptops from other companies. Its camera, however, isn’t as good.

If I have to, I’ll use the built-in mic whenever I feel an urgent need to use one. I won’t use its camera, as I don’t do meetings or video calls.

I love its design- color, build quality, and everything. What I don’t like, however, is how ugly the display looks! 😅 I mean, its bezels look like the laptops from the 80s or something.

Its weight could also see an improvement, I think? Because when I hold the MacBook Air M1 with one hand, it is as if I’m holding a brick! You almost can’t hold it for over 2 minutes with one hand.

I like its rose-gold color, though. It looks dope! I thought It’d look feminine! 😒 But, thankfully, it doesn’t.

Port Selection on the MacBook Air M1 is, well, poor. Very poor, in fact. They at least should’ve given us a normal USB 3.0 port so we don’t have to carry a dongle around, even for a USB 3.0 connection.

I heard they’re planning to fix it with their redesign of the MacBook Air? We’ll see how that goes.

I hear MacBook Air M1’s keyboard is great? But I didn’t notice anything special about it, honestly.

I have Acer Predator Helios 300 with me I’m typing on right now, it didn’t seem any different to me going from this laptop to the MacBook Air M1’s keyboard.

Maybe this keyboard is great, too? Or maybe I’m a beginner typist who doesn’t know anything about keyboards. 😅 But, I really didn’t notice anything special about MBA’s keyboard.

Also, the touchpad of MacBook Air M1 – you’ve already heard great things about it. However, I didn’t notice anything special about it Apple’s touchpad. 🤔

Battery life is another point where this M1-powered MacBook Air shines!

I think that the price of the MacBook Air M1 is justified for what it’s worth. However, if they had released the redesigned MacBook Air with the M1 processor, that would’ve been a steal for this $999 price tag.

Winner if compared against the HP Pavilion x360.

Let’s discuss a little about HP Envy x360 now. I’ll mainly see it as a potential replacement for my MacBook Air M1, and if it’s worth it for me or not.

After that, you can decide if you feel the same way, or differ.

Here, I took the lowest Geekbench 5 scores I could find on their website for the MacBook Air M1 and the highest scores for HP Envy x360. This way, both you and I get the real idea of the performance of both processors.

Faster single-core performance means that you’ll get a snappier day-to-day experience, without hiccups and hangs.

A high multi-core score, however, means that you’ll have plenty of performance for tasks like rendering videos and images that require continuous high-performance for a few minutes or longer.

If I wanted a more portable, flexible laptop like this 2-in-1 Envy x360 from HP, I’d get this even if it underperformed compared to the MacBook Air M1.

However, this is not the case with me right now, so I’ll stick with my MacBook Air M1 for now. 😉

I like the faster single-core performance I get with the MacBook Air M1, which makes life easier when you don’t have to wait around for things to load.

Both HP Envy x360 and the MacBook Air M1 have built-in graphics, which is why they’ll likely perform similarly.

I was watching through Jared’s HP Envy x360 review video and found these gaming benchmarks for this laptop.

However, when we compare it with the MacBook Air M1, at least in Fortnite, MBA beats the Envy x360. Have a look:

I had to Google this because I don’t have Fortnite currently installed, and it takes FOREVER to install it on MacBook Air M1, as Epic hasn’t optimized it for it yet, and we have to download the older version which doesn’t let you untick the High-Res Textures. (To save space and reduce the download size of the setup file.)

Even though MacBook Air M1 isn’t for gaming and I wouldn’t buy it for playing games, as there are much better options in Windows for gaming at the same price, I would buy it if I had to pick between these two for playing Fortnite. (Given if Epic optimizes Fortnite for M1. Because then you’ll see huge performance jumps.)

HP’s Envy x360 has smaller bezels compared to the MacBook Air M1 and has a touch screen that the MBA lacks and people say that it’s a necessity almost.

I too sometimes feel the need for a touch screen, but not much.

Color accuracy, of course, is better with the MacBook Air M1, while the functionality of the display is great with HP Envy x360. It’s up to you if you want a more fictional and more modern-looking display or a more color-accurate one.

Not everyone needs accurate colors, so perhaps the HP Envy x360 wins in the display department.

It’s a 2-in-1 convertible laptop, which does give it an edge over the MacBook Air M1 in terms of functionality. However, if you want a more solid build quality and a classy-premium look, MacBook Air M1 is the way to go.

I wouldn’t go with the MacBook Air M1 If I had to pick between the two just based on their design.

Furthermore, MacBook Air M1 weighs a little less, so that could also be a deciding factor for some.

Now we know HP Envy x360’s going to win here very easily. 😅 Due to the lack of ports with MacBook Air M1.

If I needed more ports and a laptop that costs less, I’d definitely go with the HP Envy x360 over the MacBook Air M1.

As for typing experience, I’m pretty sure that the keyboard on MacBook Air M1 beats the one on the HP Envy x360.

Also, HP probably can’t compete with Apple in build quality, so MBA’s keyboard is also built well. It shouldn’t have any problems for at least 4-5 years to come.

Searching for MacBook Air M1 Keyboard doesn’t bring up any issues, as you see it does when we search for HP Envy x360 Keyboard. Even the first result is about the keyboard not working! 😅

And then there are some results about the backlight and the touchpad not working.

I’ve been using the MacBook Air M1 for a few months now. I bought it in January 2022. I don’t think I’ve seen its battery last less than 10 hours, with one exception when I was downloading Fortnite all night and the battery was dead when I woke up.

Maybe it wasn’t 100% when I started downloading.

HP Envy x360 obviously costs less but does have some advantages over the MacBook Air M1 that may be worth considering for some people.

You can buy the MacBook Air M1 for $999, and save some cash if you get a student discount or buy from Apple Refurbished Store.

I’d personally buy it from their refurbished store because of reasons explained in the following video:

I’d personally keep the MacBook Air M1. If HP Envy x360 had more points, it would’ve been a potential replacement for my MacBook Air M1. However, It may be a better choice for you if you don’t want some of the things that I do.

Furthermore, to play games, I’d buy a separate Windows-based gaming laptop that’s more powerful than these two. Gaming laptops change so much and so fast that it’s hard to pinpoint one favorite choice. You buy one today, there will be a better one tomorrow.