About to decide between the Razer Blade 14 vs ASUS Zephyrus G14?

In this comparison between the Razer Blade 14 and the Zephyrus G14, I’ll try to clear all your confusion and make it easy for you to pick one over the other for your use case.

While it’s a no-brainer that the Razer Blade 14 is better and more powerful, there are other things to keep in mind to make an informed decision between the two gaming laptops.

A Razer Blade 14 is the ideal ultraportable PC for editing photos and videos. With its powerful CPU and GPU, serving up Razer’s gold standard of build quality and refined design.

In addition to a color-accurate display with a high refresh rate, this laptop offers a gaming experience that could not be better, coupled with a display that seamlessly transitions between gaming and creative tasks.

Razer now makes laptops as good as Appleâ€™s MacBooks have always been. Razer Blade 14 features a more round design aesthetic overall, which should help with those sharper corners you were used to before with Razerâ€™s older laptop models.

Green lights illuminate the three-headed snake emblem in the middle of the lid, making it appear that it is about to strike. Opening the Blade 14 with one hand is pretty easy thanks to a cutout on the bottom lip.

Due to its AMD Ryzen 9 4900HS chip and 16GB of memory, the Zephyrus G14 can also be used for productivity and media editing. I often ran multiple Google Chrome tabs simultaneously, without any hiccups, without turning on the fan to cool down the laptop.

It’s a small wonder, this Zephyrus G14. This laptop is very thin and light and is loaded with the most gaming power that a 14-inch Ultrabook could offer from the past few years.

In addition to its lightweight, small dimensions, Zephyrus G14 weighs only 3.5 pounds and measures 12.8 x 8.7 x 0.7 inches. Aluminum and magnesium make up the chassis, deck, and lid of the computer, which accounts for its lightweight.

The 14-inch 1080p 120Hz display on our review unit fits the bill nicely. The higher resolution of the panel is desirable, but I prefer higher refresh rates to marginal gains in resolution. With Asus, WQHD is only provided at 1440p at 60Hz.

Because of AMD FreeSync, gamers can enjoy seamless gaming. Currently, FreeSync works with the G14’s Nvidia GPU, but recently Nvidia updated the feature so that it can be paired with FreeSync. The result is a flawless performance.

The M1 chip from Apple is exceptionally good for photo and video editing if you choose to switch to macOS. With the MacBook Pro M1, you can perform many editing tasks at a better level without a discrete GPU, and for much less.

Or, you could also go with the MacBook Air M1, which is Iâ€™d say more of a recommendation as itâ€™s almost the same performance but at an even lower price.

So, Who’s the Winner?

Because its battery capacity is 23 percent larger, the Asus system runs for approximately three hours longer. While it is larger, it is also slightly lighter than the Razer.

In addition to the former key feedback, enthusiasts will undoubtedly appreciate the expandable RAM offered by the Asus laptop. As the 5900HX is essentially an unlocked version of the 5900HS, raw CPU performance is pretty similar between the two laptops.

In comparison to recent Blade 14 models, Asus’ Zephyrus G14 may need to rethink its offering, since its advantages may not be as significant. 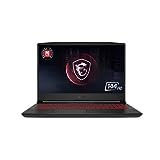 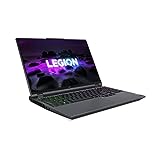